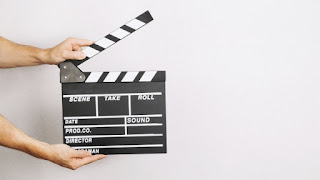 Janina Casey has had a long career as a financial professional, working in executive positions with three different wealth management firms over the past 20 years. In addition to her career in finance, Janina Casey was a successful child actor, appearing in several commercials and receiving a Daytime Emmy nomination for her work on the Electric Company. She also had a role in a production of The Sound of Music at Guy Lombardo Theatre.

The classic film The Sound of Music was released in 1965, and it remains the fifth highest-grossing film of all time. Starring Julie Andrews and Christopher Plummer, the film was based on the Rodgers & Hammerstein musical from 1959 of the same name, which itself was based on the true story of the Von Trapp family as written in Maria von Trapp’s book The Story of the Trapp Family Singers.

Though the film initially met with mixed reviews, it soon became a prominent and lasting hit. It played in theaters worldwide, uninterrupted, for nearly four and a half years. The film’s success was due in large part to the performance of starring actress Julie Andrews as Maria, who had recently won an Academy Award for her work in Mary Poppins, playing the title character. The Sound of Music was nominated for 10 Academy Awards, winning five for best picture, direction, editing, music, and sound.
at November 19, 2020

Email ThisBlogThis!Share to TwitterShare to FacebookShare to Pinterest
Labels: The Sound of Music